Newscastars.com have learnt that a wife chopped off her husband’s penis with a pair of scissors while he was brushing his teeth because she suspected he was cheating after starting a new job.

The man, named only as Li, from the Jiangxi Province city of Fengcheng, told shocked medics that his wife maimed his genitals in a desperate attempt for him not to stray. He said his possessive wife attacked him while he was naked in the bathroom at about 7.30 in the morning.

After she inflicted the injury on him, he managed to cover his blood-drenched groin to stop the bleeding before taking himself to a hospital.

Doctors said they had successfully reattached Li’s penis but warned him to be extra careful while recovering.

But reports from Knews and Sohu claim that even if he heals properly, he might never be able to have sex properly again as a sudden erection could damage new blood vessels. 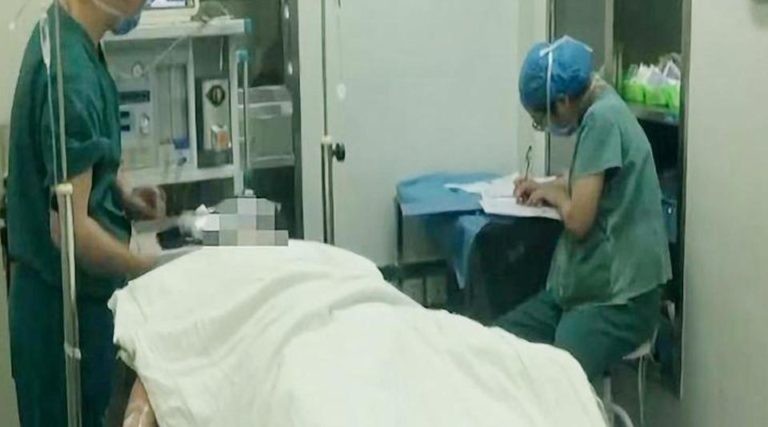