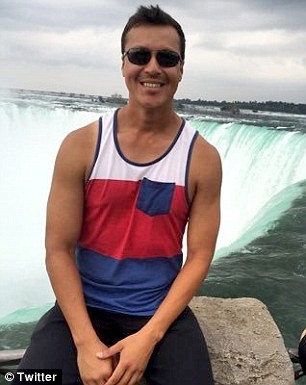 In North Carolina, it’s a serious offense to commit adultery and it attracts punishment if a jilted spouse sue for “alienation of affection.”

According to New York’s Pix11, a judge awarded a North Carolina man $8.8 million from a man who had an affair with his wife on Thursday.

The man, Keith King, 48, who runs BMX Stunt Shows sued his wife’s lover and was just awarded $8.8 million from the judge after citing an obscure law,  Pix11 reported.

“To me, that was the most important thing, the most sacred thing my family,” he said. “Every time he knew I was out of town, he would come into town.”

King claimed his marriage to his wife Danielle, 33, was in great shape until his her boyfriend came along and ruined everything.

According to father of one,  he found out his wife was cheating on him with Francisco Huizar in 2015 after viewing phone records.

“I called him from her phone and I said, ‘She’s a married woman, leave her alone. Don’t you ever contact her again,'” King told Inside Edition.

He says the affair continued for months in secret. Then last year, she moved out of their home. Soon after, he went to her new apartment and was shocked to find the lover there.

“She’s my wife man — she’s my wife!” King says in footage of the confrontation. I felt like I just witnessed her die,” he said of confronting her lover.

Speaking on the $8.8 million dollar award, King said :”There isn’t a dollar amount that you can put on it for what I think my family’s worth,” he said.